The Russian style of martial art dates back to the 10th century. Throughout the history of this huge country, Russia had to repel invaders from the north, south, east, and west. All attackers brought their distinct styles of combat and weaponry. The battles took place on different terrain, during freezing winters and sweltering summer heat alike, with the Russians often greatly outnumbered by the enemy forces. As a result of these factors, the Russian warriors acquired a style that combined strong spirit with extremely innovative and versatile tactics that were at the same time practical, deadly, and effective against any type of enemy under any circumstances. The style was natural and free while having no strict rules, rigid structure or limitations (except for moral ones). All tactics were based on instinctive reactions, individual strengths and characteristics, specifically designed for fast learning. When the Communists came to power in 1917, they suppressed all national traditions. Those practicing the old style of fighting could be severely punished. At the same time, the authorities quickly realized how viable and devastating the original combat system was and reserved it just for a few Special Operations Units. In our schools and through the instructional materials, you will learn this fascinating style and see for yourself why Russian Systema is said to open a new page in the world of martial arts. 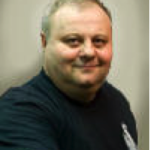 Mikhail Ryabko
Colonel of the Special Operations Unit with the Russian Military, Chief Instructor of tactical training for the Emergency Response Team, Advisor to the Supreme Judge of the Russian Federation.

Mikhail Ryabko was trained from the age of five by one of Stalin’s personal bodyguards, and was inducted to Spetsnaz at the age of fifteen. He has been a tactical commander of hostage-rescue teams, counter-terrorist operations, and armed criminal neutralization. Mikhail resides in Moscow, holds the rank of Colonel and serves as a Special Advisor to the Supreme Judge of the Russian Federation. He continues to train his many students as the Master Teacher of Systema. He has authored a textbook on Tactics of Special Operations. He has been in numerous military campaigns and holds many government medals and awards.
For films including Mikhail click here. For the link to Mikhail’s website, click here. 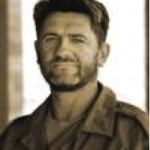 Born in Russia, Vladimir received intense training from the top Special Operations Units instructors and is the top student of Mikhail Ryabko. Vladimir’s work spans across 10 years of extensive service with the Special Operations Unit. He also served as trainer for elite units, SWAT teams, and bodyguards. Vladimir moved to Canada, and in 1993 founded the first school of Russian Martial Art outside Russia – Systema Headquarters. He has since personally trained and certified well over 300 qualified Russian Martial Art instructors and schools worldwide, and has provided an Award-Winning instructional film collection.